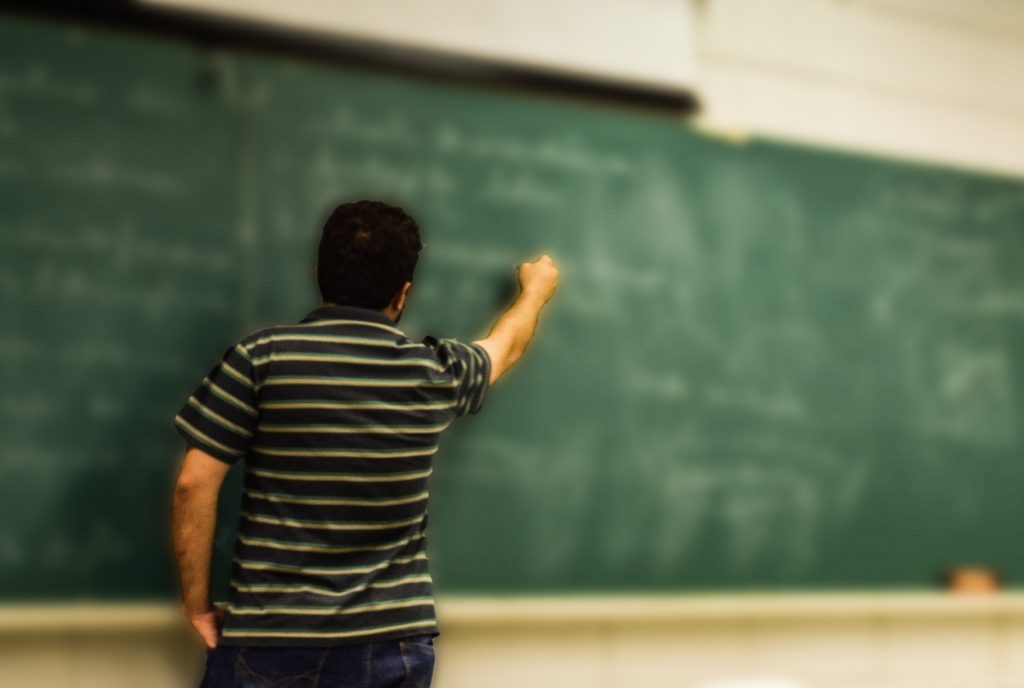 I know a lot of teachers. My mother is a teacher, my sister is a teacher, lots of my uni mates ended up as teachers and I had some absolutely spectacular teachers when I was at school. But they are a profession under siege politically, financially and increasingly from the general public. I very firmly believe that I would not be where I am today without a few teachers I had in secondary school. Many of them were not what politicians or parents would think are the ideal today but looking back they were perfect.

I had a Physics teacher for A Level, let’s call him Mr Smith, who quite literally wrote an entire textbook for our class. It was a multiple hundred page document given to all of us at the beginning of lower sixth which was tailored perfectly to how he taught and how he knew boys like me learnt. It had been refined over many, many years and was honestly better than any revision guide out there.

Many parents now seem to believe that teachers should be nice, approachable and would be horrified if they shouted at their children.  Mr S did was none of these things, he set an expected standard that most would consider extreme. Every week we had a test on Thursday on the material covered on Tuesday. Get less than 80% and you resat another version of the test during your lunch break on Friday. The questions in his test included trick questions, questions on bits of the textbook chapter he hadn’t even covered.

We all feared Mr S more than I think I can now express, I expect it is a similar relationship a soldier has with a Sergeant Major, respect but fear. I remember a parents evening where me and one of my classmates were with our parents outside literally quaking in our boots. Our parents were laughing as they said Mr S was lovely to them, he was what you want in a teacher, just the right amount of pressure and high standards to push people to their best.

My very first week in Year 7 (First form back in the day) I learned what a great teacher looks like. First French lesson ever our homework was to learn all of the numbers for 1 to 20 in French for the next day. I did not take this seriously and failed that test. It was made to be a pretty humiliating experience where I publicly failed in front of the class and had to resit the test the next lesson. From that point forward I made a point to put a hell of a lot of effort in for every test, just to avoid the humiliation (To this day I can still recite by rote the reactivity series because of this).

Reading this you might think I am saying that great teachers are unsympathetic and humiliate their pupils, far from it, these teachers knew their audience perfectly. When they were teaching a top set of capable boys they would apply this kind of pressure to get the best out of talented people but they made sure they had provided you all of the tools and support to achieve the result. But they knew that at the end of the day the effort of the teacher is nothing without the effort of the pupil.

I appreciate everything my teachers did, even if I feared them, hated them or got super annoyed with what they did at the time. I would not be doing what I am doing today without their help, support, guidance and occasional hard push in the right direction.

Teachers all over the USA are out on strike or protesting about being underpaid and underappreciated. Teachers really do build the future, when I sit at work and we discuss a lack of people with technical skills we are relying on the teachers of today to fill that gap for us in a few years time. Be nice to your teachers, your children’s teachers. Even if you hate what your teacher does remember that in a few years time you might appreciate them more than you can imagine and realise they had your best interest in mind.